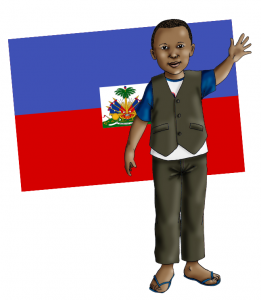 Haiti is small, tropical country in the continent of South America. Haiti lies in the path of many hurricanes and is very vulnerable to natural disasters. The island also sits at the edge of a huge geological slab of rock just below the Earth’s surface, called a tectonic plate; when the plate shifts, it can cause an earthquake. In 2010 it suffered from a terrible earthquake, leaving 5 million people homeless and destitute.

People from Haiti are called Haitians and the language most speak is Haitian Creole, a mixture of French and African languages. Haiti is one of the most densely populated countries in the world, with most Haitians live in rural areas working as farmers or laborers. Haiti is among the poorest countries in the world, with 60 percent of the population living in poverty.

Many children in Haiti are too poor to attend school so other children in the Americas are helping them by praying for them and by paying for school books and teachers’ salaries so that the children can receive daily lessons, eat a nutritious meal and learn how to look after themselves. They also discover that they belong to God’s family and  that there are children around the world who care about them, pray for them and share what they have so that they can learn and be happy. Can you help the children of Haiti by praying for them too? 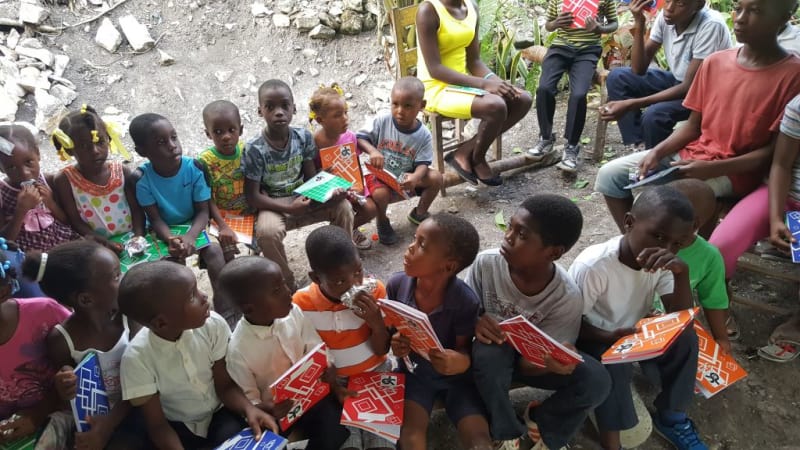