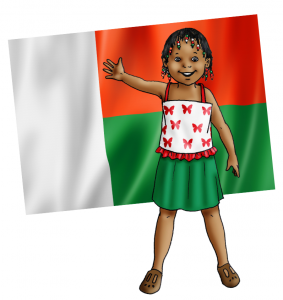 Madagascar is a country in the continent of Africa. It is the world’s second-largest island country and very beautiful. Lush rain forests, and grassy plains cover the island, with coral reef and mangrove forests stretching along its coastlines. Almost 90 percent of the plants and animals living on Madagascar aren’t found anywhere else in the world! Animals like Lemurs, Indris and  sifakas.

The people from Madagascar are called Madagascan and the language they speak is Malagasy and French. Madagascar is home to about 27 million people and almost half of these are young people under 18 years of age. When Pope Francis visited the Island in 2019, one million people gathered for a Mass he celebrated.

Music is very important part of Madagascan culture, as you’ll see when you watch the children below sing and dance to their catchy Mission Together hymn.