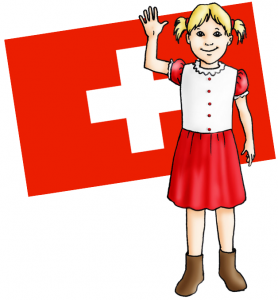 The people of Switzerland are called Swiss. There is not a single official language in Switzerland. People speak one of several languages, including German, French, and Italian. Some Swiss people are multilingual – that means they are able to speak many languages. What do you think would be the best thing about being multilingual?

Watch the film below. Listen as the children sing the Mission Together hymn ‘Baptised and Sent’ see if you can identify what language they are using?