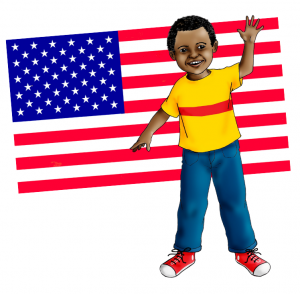 The United States is a country in the continent of North America. The United States (U.S.) is the world’s third largest country in size. The U.S. is such a large country that it has many different climates and even three different time zones! Throughout its history, the U.S. has been a country of immigrants. An immigrant is a person who moves permanently to another country from his or her homeland.  The population of the U.S. is made up of people from all over the world seeking a better way of life.

Listen too to the recording below; the song was written by a young Mission Together supporter. What do you think of his efforts to share the message of God’s love?